Brazil international winger Raphinha was not on the scoresheet for a second successive Premier League game as his Leeds United side received a heavy beating at the hands of North London team Tottenham Hotspur. The Brazilian star could not save Leeds United form falling to a 4-0 defeat at home to Spurs at the weekend. 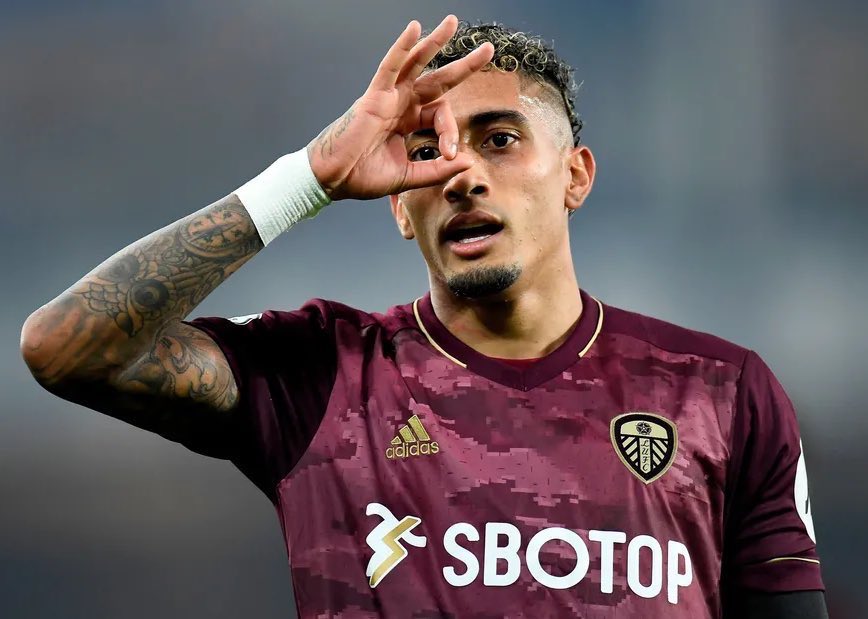 Raphinha has been the star of a difficult second season at Leeds United and the Brazil international has nine goals in the Premier League to his name. He was unable to add to that tally at Elland Road when Spurs raced into a three-goal lead through the goals from Irish wing back Matt Doherty, new signing Dejan Kulusevski and star striker Harry Kane. South Korean international Son Heung-Min then added a fourth goal for the visitors to make it a more convincing win at the expense of Raphinha and his Leeds United teammate. Brazil international Raphinha scored his last Leeds United goal during the 4-2 home defeat to Manchester United in the league.

Leeds United are now in a relegation battle in the Premier League especially after the Tottenham Hotspur game on Saturday lunchtime. Defeat to Spurs meant that they are now just three points clear of Burnley who are third from bottom. The Whites came into the Spurs game with a three-point deficit over the Clarets but that was reduced to two points at the end of the games on Saturday after Burnley secured a 1-1 draw at London club Crystal Palace. As things stand, Leeds United are now two points ahead of Burnley and have played two games more.

With Leeds United in danger of dropping down to the English Championship, senior club officials made the move to sack manager Marcelo Bielsa on Saturday with ex-Red Bull Salzburg boss Jesse Marsch taking his place as confirmed on Monday.