Merseyside giants Everton were heading for a potentially damaging defeat at home before Brazil international Richarlison scored to rescue a 1-1 draw for his team at the expense of Leicester City who came close to taking all three points. 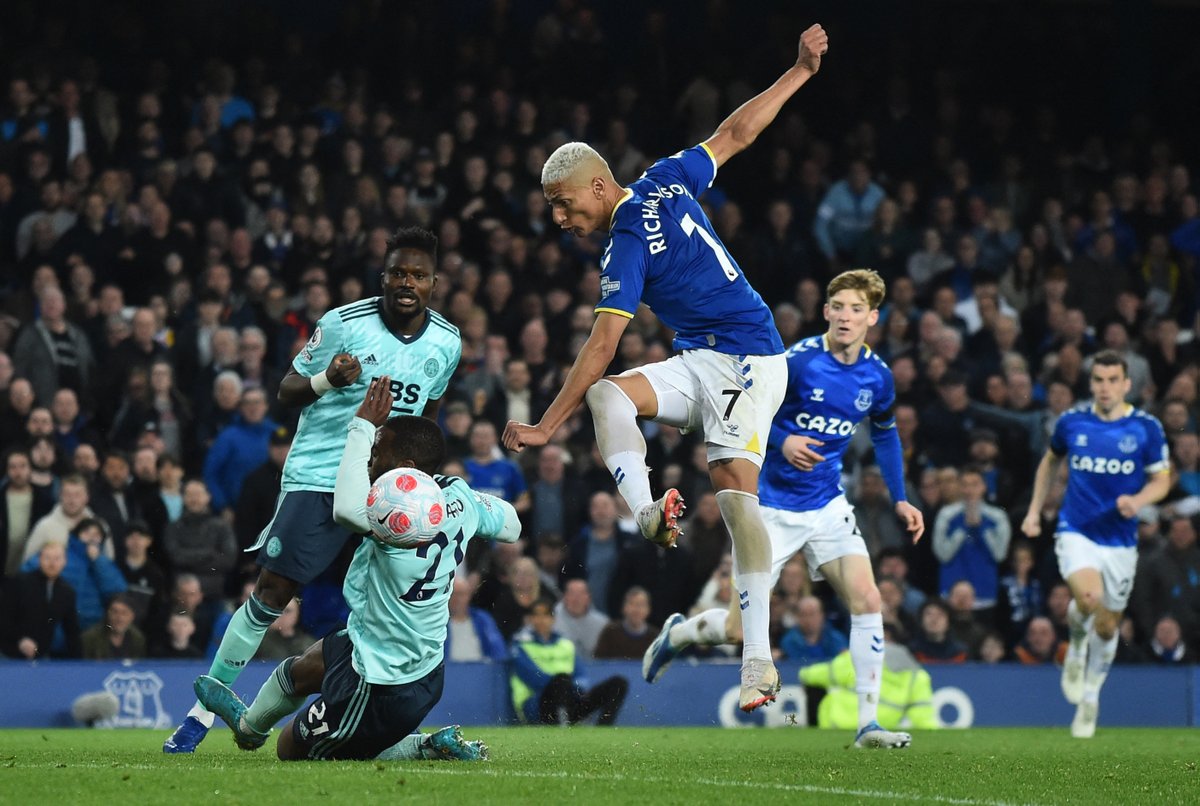 Every point is valuable for Everton at the moment as they try to avoid relegation from the Premier League for the first time in their history. As a matter of fact, they are the team to spend the second most successive seasons in the English top flight till date behind North London side Arsenal.

Everton came into the home clash with Leicester City on Wednesday with the hope of extending their advantage over Burnley in third from bottom to six points with a win as it is common knowledge that three teams will suffer relegation to the English Championship. The Toffees suffered a major setback when England international Harvey Barnes gave the visitors the lead after five minutes off the assist from Super Eagles of Nigeria striker Kelechi Iheanacho.

Brazil international Richarlison has been the focal point in the Everton attack this season partly due to the injuries suffered by strike partner Dominic Calvert-Lewin and he should have scored the equaliser for his team on two occasions when it was easier to score than miss, but he was unable to take advantage. The two clearcut opportunities arrived for Richarlison either side of the half-time break. In the end, the Brazil national team star was able to secure a draw for Everton when he found the back of the net in second half added time with a much more difficult chance than the ones he squandered earlier in the game.

Everton were able to extend their lead over Burnley to four points with the draw, but it is back to one point after the Clarets beat Southampton 2-0 at home on Thursday.