Brazil is set to drop Liverpool star Roberto Firmino from the provisional players set to partake in the Olympic Games in Rio. Firmino who is just 24 years old was believed to be among the over-aged players that are permitted to play for the tournament. Liverpool are now set to get a boost ahead of the coming season as the player will not be included. 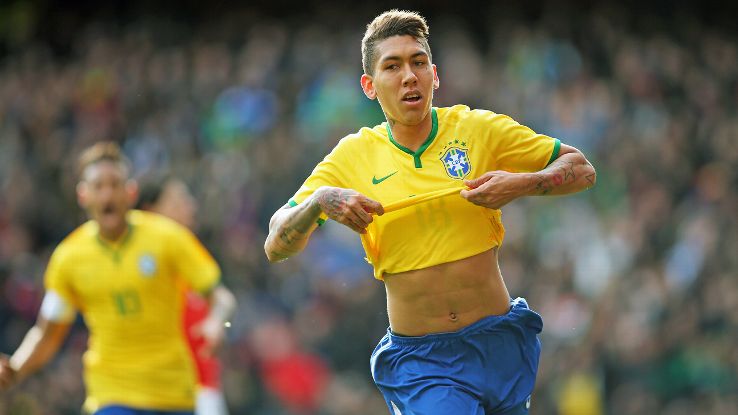 The Olympic Games would hurt the plans Liverpool have ahead of the coming season but the exclusion would hand the Reds a boost. Firmino missed out of Dunga’s squad that was knocked out of the Copa America in the United States. He was believed would be picked with Neymar and another over-aged player for the 18-man squad. Liverpool’s Philippe Coutinho was speculated to be among the likely three for the tournament that the country will be hosting.

Coach Rogerio Micale has opted to leave out both Coutinho and Firmino from the provisional squad with few weeks out from the start of the Games. The players that are set to make the team include Thiago Silva, Neymar, Willian, Douglas Costa and Fernando Prass. The choice will favour Jurgen Klopp’s early season plans, who has done very well since joining last season but would want to win a trophy for the team after two finals already.

If the coach changes his plans to pick any of the players, it would affect Liverpool’s first two Premier League fixtures against Arsenal at the Emirates and Burnely on August 13 and August 20. Firmino had a great debut season at Anfield since joining from Hoffenheim last summer in a £29m deal. He netted 11 times in 49 games last season. Liverpool new signing Loris Karius didn’t get off lucky like the rest as he is set to be named in the Olympic squad for Germany. This leaves Simon Mignolet to likely start the season for Liverpool.